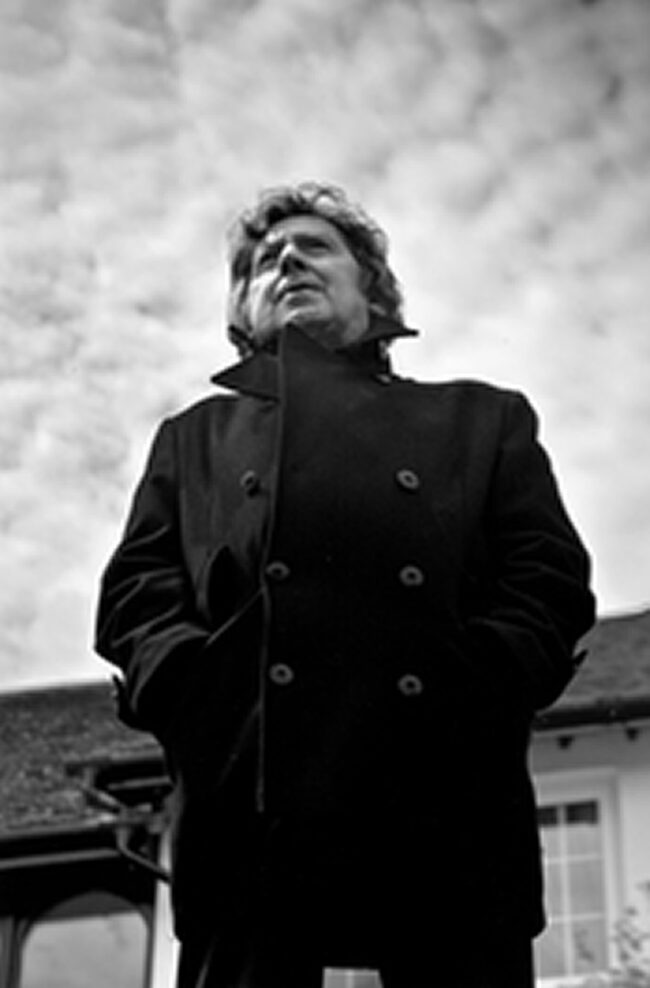 Here at PublishNation, authors often tell us about the writers and books they love to read, and that inspired them to eventually to pick up the pen themselves.

While James Joyce, J K Rowling, and Hilary Mantel are regularly name-checked, a horror writer who shot to fame in the mid-1970s also commands a place at the top table of popularity.

James Herbert not only introduced a generation to suspense and terror, he also hooked them into wanting more with his gripping chillers such as The Rats, The Fog, and The Survivor.

While his 23 novels have sold close to 55 million copies and have been translated into more than 30 languages, perhaps the greatest legacy he left is that authors today still find fascination and inspiration from his work.

Growing up just a few streets from where Jack the Ripper had brought menace and murder seven or eight decades earlier, it’s not surprising a young James Herbert became intrigued by horror comics and ghost stories from an early age.

Then there were the rats – hordes of them – who invaded the stables where his market-trader parents stored their fruit and vegetables.

Although he had no discernible desire to write after leaving school and graduating from Hornsey College of Art, it was while employed as art director at an advertising agency that he found himself surrounded by copywriters working on their novels.

Some ten months later, his manuscript for The Rats was sent off to six publishers. Within three weeks, he had received two rejections … and an acceptance from New English Library.

‘It was only when the bones of the first devoured victims were discovered that the true nature and power of these swarming black creatures with their razor-sharp teeth and taste for human blood began to be realised by a panic-stricken city. For millions of years man and rats had been natural enemies. But now for the first time – suddenly, shockingly, horribly – the balance of power had shifted.’

With such a blurb, it was no wonder the 100,000-copy first-run of The Rats sold out in three weeks.

In a rare interview, James Herbert described his decision to move from secure employment to the unpredictable world of becoming a full-time author.

“I was working in advertising as an art director for five years in the West End of London. I realised as soon as I was writing books full time – before I was writing them in the weekends and during any other spare time – I had to decide if it was one or the other.

“I had to make the decision to either stay in the job I loved or start this new job which I loved even more, because I was king, I played God, characters did what I wanted them to do; whilst in advertising everything is brought down to a certain level.

“So that’s how the career began, and because I no longer had to work in London, we moved down to Sussex.”

Herbert’s second novel, The Fog – about a deadly fog that brought unimaginable horrors to a remote coastal community – was every bit as successful as his debut.

And his supernatural ghost story the following year, The Survivor, cemented his place amongst the country’s best-selling writers of the 1970s.

Herbert would go on to complete a trilogy of rats novels with the publication of Lair and Domain, and he would explore cults, curses and the paranormal over the next 30 years with a stream of best-sellers.

He’d written 23 best-selling novels, adapted eight of them for film and television, and provided generations with the inspiration to not only read, but to also write.

His great friend Stephen King said: “Herbert was by no means literary, but his work had a raw urgency.

“His best novels, The Rats and The Fog, had the effect of Mike Tyson in his championship days: no finesse, all crude power.

“Those books were best sellers because many readers – including me – were too horrified to put them down.”

My publishing journey was punctuated with surprises, joy, and excitement. Gwen at PublishNation took on the full carriage of responsibility for my children’s story book, George The Wombat Thief.
From my first email to the final draft of the book, I was astonished to see how fast and professionally the book was assembled. The schematic design and attractive lay out of the book, the care and quality in ensuring the illustrations were assembled and captured in the vibrant and ambient light, to the overall quality of the book, and to painstakingly answering my emails, has left me in awe of Gwen’s highly competent and professional service.
Besides this wonderful service, Gwen has a lovely pleasant manner. She is sensitive to her customers, and assisted me at every step during the publishing journey. She kept me very well informed, and took care of my book as if it were her very own. I feel humbled and honored to have received such fine professional care from Gwen.
Towards the end, David came upon the scene and took full care and responsibility for marketing my book. My book is receiving maximum coverage to a wide audience around the globe. I celebrate my good fortune in having my book, George The Wombat Thief, published by PublishNation.
To those authors considering their choices, PublishNation is a MUST.