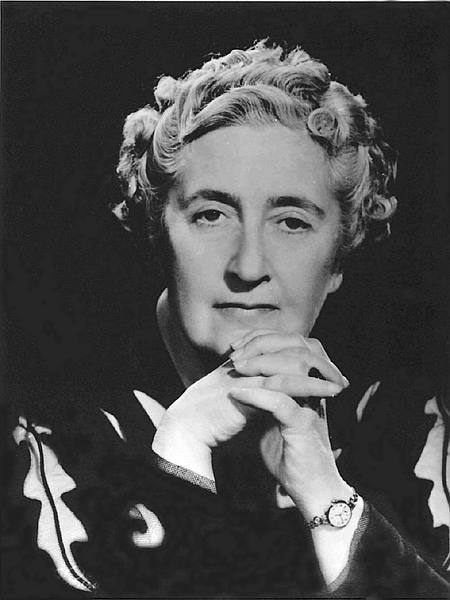 Dame Agatha Christie remains among the world’s most well-known authors, having written 66 detective novels and 14 short story collections, as well as several romance novels. She is responsible for not only the longest-running play in the world – The Mousetrap – but also for one of literature’s most famous fictional detectives, Hercule Poirot.
Aspiring writers can learn a lot from her if they wish to emulate her staggering success. Follow these tips and learn the secrets to great writing from the best-selling author in history.

Learn Your Trade!
Forget any preconceived notion you may have about writers locking themselves away in a cottage by the sea to turn out their masterpieces one after the other. Writing does undoubtedly come easier to some than to others, but Agatha Christie often referred to her work as a ‘trade’. She very much believed that to write a successful novel, you have to put in the effort: research your market in order to write what is required and apply good old-fashioned discipline when writing. She said, “…. one is a tradesman…. you must learn the technical skills and then, within that trade, you can apply your own creative ideas, but you must submit to the discipline of form.” Lesson one then is – knuckle down to it!

Craft your Characters Well
Successful authors understand that the main key to keeping a reader hooked lies in the quality of the characterisation. Your characters have to be ones the reader can relate to, either to root for or to despise. In other words, your characters should inspire emotion. Agatha understood this and she would often base her characters on real people she knew and took many cues from her surroundings in order to inject realism into her storylines. However, she sometimes had difficulty in imagining familiar characters doing the things she wrote about, such as murder. In these cases, she would invent characters using the physical appearance and mannerisms of strangers in the street. Observing the people around you can help enormously when it comes to character development. Sometimes it helps to exaggerate some aspects of your character’s personality, habits, or appearance to make them memorable. Her fictional detective Poirot, for instance, was presented as a man whose manners, sharp mind, wardrobe, and extravagant moustache were reminiscent of a previous era. In contrast, Christie’s Mrs Marple was presented as a rather naive elderly lady. Agatha made sure her characters would appeal to readers of all societal classes. Christie always emphasised her support of the victims in her stories rather than the criminals. Whether you are on the side of the ‘goodie’ or the ‘baddie’, write your characters with passion and realism to make your readers believe in them.

The Plot’s the Thing
Every good story needs a good, solid plot. Christie was masterful at creating intriguing plotlines. She would begin the story with the murder itself in great detail, deciding on the reason for it, the mode of murder, and the murderer. Then she would decide who the other suspects were before setting out clues and diversions in order to send the readers in various directions on the journey to the conclusion of the case. Her mysteries were always devised to manipulate the reader’s feelings, to involve them in the mystery and use their own powers of deduction to try to solve the case. Agatha’s most famous detective, Poirot, frequently spoke of using his ‘little grey cells’ to solve a mystery and so she would invite her readers to do the same. She never underestimated the intelligence of her readers. She often developed her stories along the same lines: the murder would be discovered either by the main detective character or a character associated with the event. So, would begin the investigation of the crime and the main character would helpfully analyse all aspects of the murder, including the forensic detailing of all the clues. This encourages the reader to put themselves in the detective’s shoes. Christie would always keep the reader on their toes by killing off suspects along the way until eventually the remaining suspects are brought together for the big reveal, along with previously unknown secrets and facts. This part of the story would always make up a substantial part of the book – usually around 20 to 30 pages.

Devise a Plot Twist
Agatha Christie was the queen of the plot twist because she knew that the worst thing any writer could do is to make a story predictable. She knew that her readers would expect the unexpected and would enjoy the twists and turns involved in figuring out who the murderer was. Involving your reader in the story is the key to keeping them reading right to the very end and looking forward to your next novel.

The Perfect Setting
Christie set great store by creating a perfect setting for the story. She knew that small details of an area, such as a locked room in a manor house, or a dark, winding country lane, were the building blocks which allowed the reader to become absorbed in the atmosphere of the place and therefore to become aware that something was just around the corner.

Mind Your Language
Agatha Christie was careful to write in a style using simple language in short sentences which readers of all ages and classes could understand and enjoy. This simplicity of language, along with her heavy use of dialogue, meant that readers could follow the plots and sub-plots to get to the ‘whodunnit’. She used dialogue as a tool to move the story along at a steady pace to draw the reader into the mystery.

Never Lose Hope
Every author knows the sting of rejection and Agatha Christie was no exception. Her first novel, ‘Snow Upon the Desert,’ received rejections from many publishers and so remained unpublished – although these days with the self-publishing options available, we’d bet she’d have brought it to print. Undeterred, she kept on, even though she would, by her own admission, get “tired and cross” when working on a new novel.
It’s possible to learn from each piece of work, so don’t give up. Use these tips above, write what you know about, and you’re sure to improve enough to finish a book you’re proud to publish.

Learn from a legend: Agatha Christie was last modified: August 31st, 2018 by PublishNation

When I first started with PublishNation, I was terrified! This was my first book, and I wanted the right company to take care of all of my visions for my book. At the time I was talking with different publishers, but PublishNation had more affordable prices than their competitors.
They also stood out to me because they gave me plenty of time and grace to make up my mind. They didn’t pressure me like the other publishers. When I finally let go of my fear, they helped me publish my book. Tracy and Gwen are simply amazing!
They always got right back with me. They were always kind. They took care of all of my concerns and were always patient with me. They were done with my book in a short time, and I have to tell you, when I saw the finished work, I was blown away!
I will definitely be publishing with this company again!