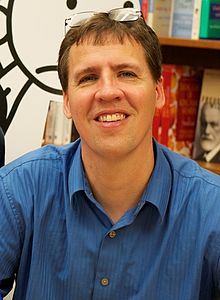 Creating that perfect character is something every author aspires to. While several have succeeded in recent years, finding that all-important protagonist who will appeal to almost everyone remains one of the holy grails of modern fiction-writing.

One author who can lay claim to having found all the ingredients that work is Jeff Kinney. The 47-year-old creator, illustrator, and author of the Diary of a Wimpy Kid series has sold more than 200 million books over the past 12 years. And sales of the hugely popular titles show no signs of slowing down.

At the heart of Kinney’s success is none other than the Wimpy Kid himself, Gregory Heffley. It’s fair to say every teenager has a bit of Greg in them – awkward, paranoid, mischievous and, at times, totally dishonest. There’s often a lack of logic to his thinking, a constant need for attention, and there’s also the love/hate relationship with his family. And it’s all these faults that make him so appealing to so many readers of different ages.

Jeff, who is working on his 15th Diary, has plenty of advice for anyone wanting to follow in his footsteps.

What’s your advice for aspiring writers?

“First, I’d encourage an aspiring author or illustrator to try to think of an original idea, and then nurture it. It can take years to develop a winning idea, but it’s worth it!

Second, try to write a short story in the style of a writer you admire because when you imitate style, it helps you to understand how they did what they did.

Then, you can add this to your toolkit and use it as you develop your own style.

Finally, find a person who can give you honest criticism.”

Where do you get the ideas for your characters?

“The Heffley family is very loosely based on my own family. Greg is made up of all my worst parts from adolescence.

I do strive to remember funny things from my childhood, then I put those memories in the fiction blender and they sometimes wind up in the books.”

Did you always want to be a writer?

“No, I actually grew up wanting to be a newspaper cartoonist, but nobody would syndicate my work. I finally had success when I snuck my comics into books.”

What made you decide to write books for kids?

“The first Wimpy Kid book was published in 2007. I worked on Wimpy Kid for eight years before I felt ready to show it to anyone. All that time, I thought I was writing one giant manuscript – approximately 1,300 pages – for adults. It was meant to be a sort of reflection on what it was like to be in middle school.

When I found an editor who liked the material, I was told that instead, what I had written was a children’s series – NOT a book for adults.”

How long does it take you to write a book?

“It takes about nine months to create a new Wimpy Kid book. Six months to come up with all the ideas/jokes – I need 350 per book – one month to write it, and two months to illustrate.”